Deng Yingya became fascinated by angora ferrets after seeing them in online videos, so she bought one from a pet shop in Putuo District and named it Kai Kai.

Bred at a Scandinavian facility, the mammal has a face similar to that of a hamster and is 30-50 centimeters long. Owners praise the animals as “clean as cats and friendly as dogs.” With training, studs can even learn to do a few tricks.

“I have raised both cats and dogs, and yes, my lovely Kai Kai is as cute as expected,” the marketing specialist said of her new pet.

The angora is a relatively new breed of ferret, in existence for about three decades.

Deng bought her ferret from a shop at the Lanling Flower & Bird Market – the largest venue selling pets and ornamental plants in Shanghai.

The shop, operated by Ding Ning, is never as busy as nearby vendors selling kittens, puppies, koi fish and beetles, but it does have a stable clientele.

Young customers don’t blink at the prices. A ferret costs 2,000 yuan (US$296) on average, equivalent to the price of a British shorthair cat or a corgi puppy. With the new pet comes a pedigree certificate and a guidebook of how to raise ferrets.

“The angora ferret is a relatively new type of pet in a fiercely competitive market,” said Ding. “Some of my customers have gone on to become vendors in their own right.”

The rising popularity of such niche pets is mostly down social networking, where netizens upload videos of their pet ferrets, snakes and even foxes on short-video sites such as Douyin, lifestyle platforms such as Xiaohongshu and video-sharing websites such as Bilibili.

On Bilibili, it’s common to see videos of angora ferrets, which attract millions of views while on Xiaohongshu, successful niche-pet bloggers can garner millions of thousands of followers.

On Xiaohongshu, successful sugar glider bloggers can garner millions of thousands of followers.

However, what looks cute on a screen may not be an ideal pet once it’s arrived in your home.

A banker who goes under the online name of “Birmingman” shared his sad tale of owning a sugar glider, a species of Australian marsupial.

Birmingman said he first saw sugar gliders on Xiaohongshu. The small possum has a fluffy body, long tail and big round eyes that melted his heart.

A baby sugar glider hugs the thumb of its owner.

But the love affair was shattered once he brought a sugar glider home.

“It was a very stinky animal,” he said. “My home was filled with the odor of its urine and feces for months. The animal died when winter came. The Internet didn’t tell me that sugar gliders are such difficult pets.”

“The sugar glider can survive only in temperatures above 18 degrees Celsius, while in Shanghai, the average temperature in winter is 4 to 12 degrees,” Jin said. “Now even in summer, I cover them with thick blankets if we have air conditioning running indoors.”

As for the stink, Jin said he suspects that Birmingman bought a male glider, which has a scent gland that reeks during mating seasons.

In their natural habitat, sugar gliders live communally in large family groups in trees. They are nocturnal mammals, with sharp claws used to “glide” from tree to tree. A human home is a far cry from its native environment.

“The moral of the story is that we should always have sufficient knowledge before raising a new pet,” Birmingman concluded.

White-collar worker Amy Ma is a niche pet owner who prefers cold-blooded animals. She said she knows how much damage the Internet can do to such pets, so she never reveals anything about her “precious babies” online.

“Many types of cold-blooded pets are not very newbie-friendly and raising them unscientifically is often fatal to the animals,” she said. “I’ve heard of a lot that people who have no experience in raising reptiles and buy frogs or lizards on impulse. They don’t bother to learn to create a livable environment for them, and the animals just die within days. We want to avoid such tragedies as much as possible.” 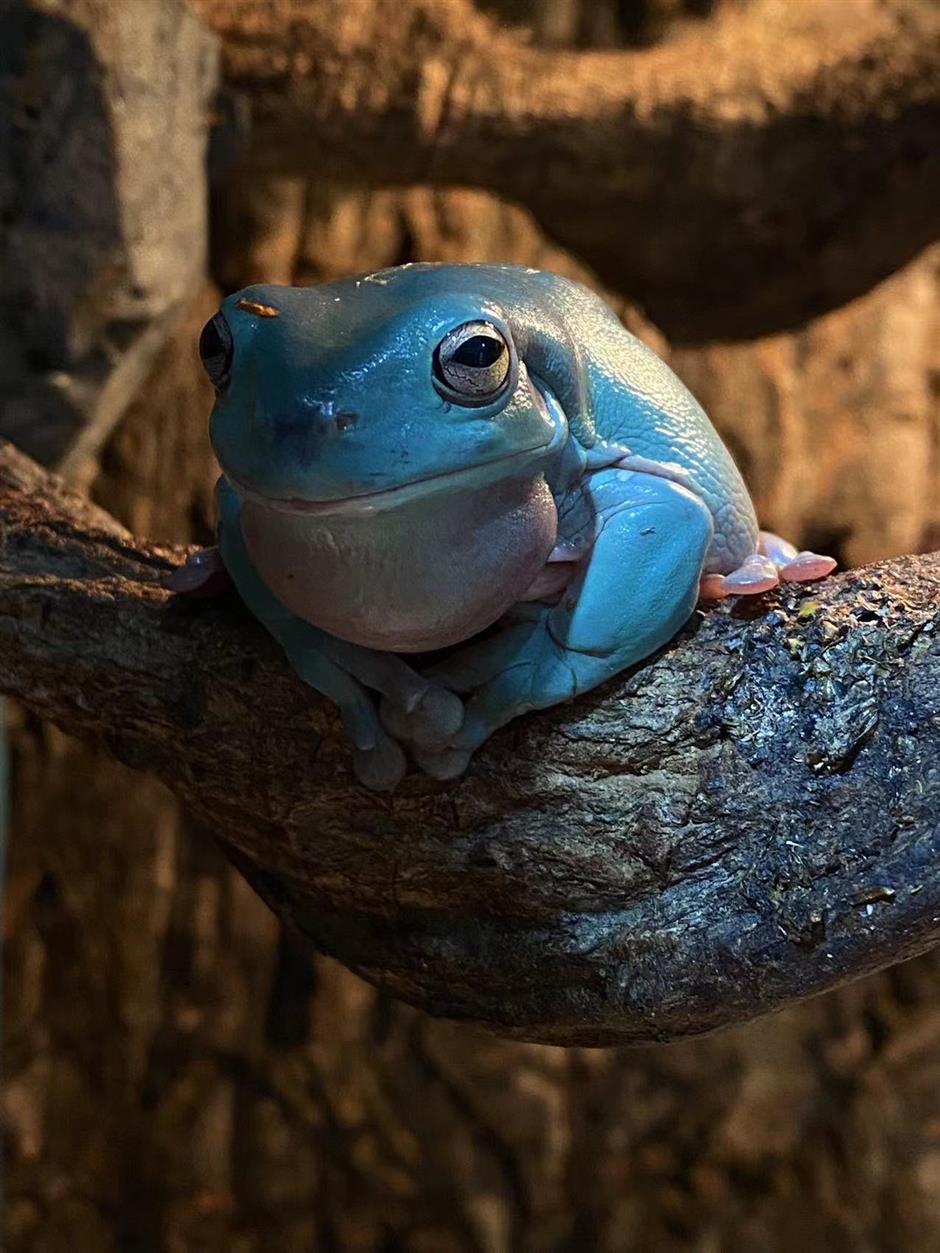 Ma has been raising cold-blooded pets for seven years. Allergic to the fur of cats and dogs, she raised a central bearded dragon as a pet.

“With cold-blooded creatures living at home, you need to pay attention to the humidity and temperature indoors,” she explained. “Take the Australian green tree frog, for example. If the temperature in the tank is 28 degrees Celsius, while the indoor temperature is 23 degrees, it might catch a stomach disease by just emerging from the water for several minutes.”

Ma and fellow cold-blooded pet aficionados communicate with each other by phone. They exchange tips and sometimes buy newborns from one another.

“Social media is a double-edged sword for pets,” she said. “It draws attention to unusual animals but also opens the door to potential damage. There will always be irresponsible pet owners.”

Last year, several Arctic foxes were spotted in the city. One of them sneaked into the subway. All were eventually captured and sent to Shanghai Zoo, where officials said they suspected the foxes were abandoned pets.

“Most of the Arctic foxes in our zoo are abandoned pets,” the zoo said on its official WeChat account. “Foxes are nocturnal animals and love to burrow, so that they are not ideal city pets. We always advise people not to raise animals on impulse. And if you already have one, don’t abandon it.”

Q: Where can owners turn if a niche pet gets sick?

A: Shanghai has one or two pet clinics serving reptiles, amphibians, rodents and other pets that are not cats or dogs. But it’s not assured that every type of animal can be treated.

Q: Is it illegal to raise niche pets?

A: It is illegal for individuals to raise wildlife or protected animals, but animals from licensed breeders are free of such concern.

Q: Can niche pets be a threat to human health or the natural environment?

A: Legal pets don’t tend to cause any health hazards, unless one is allergic to them. Species invasion, however, is a possible threat. The Brazilian turtle is a good example of an invasive species. The turtles don’t usually escape from homes, unless raisers intentionally release them, which is illegal.

We call for pet owners to act responsibly and not abandon their animals.

Feeling lonely? When people do, they often acquire pets

People who live alone often get a pet for companionship. With solo lifestyles increasing among both the young and old, the domestic pet market is driving, a survey finds.

The rising trend is expected to continue, the survey says, with the market value jumping to 493.6 billion yuan by the end of this year and to 811.4 billion yuan in 2025.

The major consumers in this market are young singles and older people whose children have left home.

The Ministry of Civil Affairs reports that China’s single population reached 240 million in 2018, meaning that almost one in six people was single and 77 million were living alone.

The ministry has forecasted that the number will grow to 92 million this year, amid declining marriage registrations that hit an all-time low of 7.6 couples in 2021.

At the same time, data show an estimated 100 million older “empty-nesters” in China, encompassing nearly a third of the nation’s population of people 60 years and older.

Living alone or feeling lonely is an impetus to get a pet, according to the iiMedia Research survey.

Compared with developed countries, China’s pet industry is still in its infancy. However, its more recent rapid expansion has created new niche markets, such as pet food, the survey finds.